The #1 Reason for Record Keeping

There are many hidden benefits to your Computerized Maintenance Management System (CMMS). One of the benefits is the record keeping inherent in the system, or the ability to document and validate all the work you do.

As the system of record for work performed within your enterprise, the CMMS system can be a useful tool for validating work accomplished. We’ve had experience with customers who have benefitted from the record keeping in a way they never anticipated having to use their CMMS – in a legal situation. Both involve a lawsuit that put the records in the CMMS at the forefront of the suits. A caveat here – these lawsuits also demonstrate why you should never delete a record but instead choose a reason to close the ticket whether as a duplicate or not necessary or whatever. 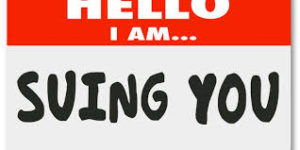 In the first case a parent was suing a school district for neglecting to keep her daughter safe while at school. The child fell of a swing set and hit her head, causing serious injuries. As a result of the suit, the school’s lawyers pulled a CMMS report that included all the work that had been done on that playground over the previous 24 months. The report was able to show that preventive maintenance work orders had been generated monthly to inspect the playground and do the work necessary to bring the playground within compliance, including mulch depth. In addition, corrective maintenance work orders had been created to add mulch when the necessary. This report along with an overview of the CMMS was provided to all parties. The school district was able to prove due diligence and the case never went to trial.

The second case was similar. A parent was suing a different school district. In this case the child had developed asthma. The parent insisted the cause was the poor Indoor Air Quality (IAQ) at the child’s school. Again a CMMS report was pulled to check the maintenance procedures. Although the report showed regular IAQ tests and some corrective maintenance as a result of the tests, there were questions raised when the CMMS records as a whole were reviewed. The maintenance department had deleted records from the system. None of the records were related to IAQ but because some of the missing records occurred within a few days of IAQ inspections the parent’s lawyers were able to raise doubts about the validity of the maintenance being performed.

The lesson to be learned from these two scenarios is to treat your CMMS as a legal record. Make notes and create and complete work orders for the sake of others as well as for yourself. You are not just documenting what has been done so you can review it later during budget season to see how much you spent through the year and on what, you are also documenting your work in order to mitigate liability and to let others know what you do and why you do it.

Maintenance resource planning requires not only that your maintenance department use a CMMS but that your practices and policies include good documentation and record keeping. Documenting your work properly may just save your enterprise millions of dollars in legal fees.