There are countless benefits to a well-executed CMMS. Efficiency and accountability are high on the list due to their large impact over time. There is, however, a big payoff for the utilization of a CMMS that is not so well known. In a word, COMPLIANCE. 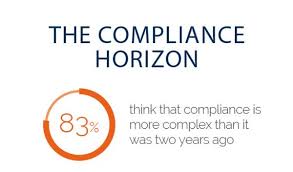 There are several instances that come to mind of inspections and lawsuits where the CMMS documentation and reports played a key role in proving the “due diligence” of a TeamWORKS client.

In one example, a customer with underground storage tanks was able to provide reports showing the history of  preventative and routine maintenance performed. This saved the cost of inspections, required prior to the implementation of the CMMS, and greatly reduced the chances of fines related to these assets. The payoff here is in reduced time spent with inspections and tracking down paperwork, and everyone can use a little extra time in their day, right?

Another example that comes to mind is of a school district defending a lawsuit. A child had the misfortune of falling off a swing set and hitting her head on her elementary school’s playground. The parents of the girl filed suit against the school district claiming they neglected to ensure the playground was a safe place for their child. Fortunately, the school district had utilized their CMMS properly. The corrective and preventive maintenance work orders were documented properly for the playground inspections and repairs. TeamWORKS helped the legal team develop the reports necessary to show that the district did their due diligence to ensure the playgrounds, including mulch depth, met state standards. These reports were responsible for clearing the district of any wrong doing and saving several millions of dollars.

We hope that you will never be embroiled in a lawsuit or audit but if you are, a well maintained CMMS can pay for a lifetime of use with just one report.